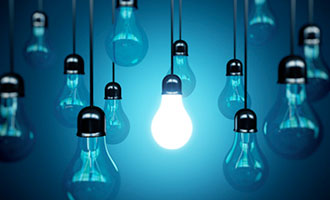 INNOVATION AS A MOTOR FOR DEVELOPMENT

HUURRE’s successful career is largely due to its constant drive to research and develop innovative products with improved performance. For example, HUURRE was the first manufacturer to introduce panels with a polyisocyanurate (PIR) core to Spain, with greater insulating capacity and better fire resistance, which are gradually replacing the traditional panels with a polyurethane core (PUR) on the market. 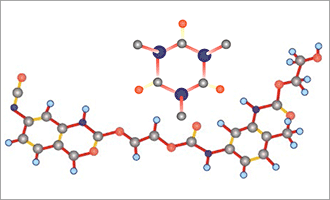 In 2007, as a result of an ambitious R&D project, HUURRE developed the PRIM CLASS 1, a new insulator that improves the performance of PIR and which has obtained the prestigious international certificate “FM Approved”, based on real scale fire tests. HUURRE is the only Spanish company to hold this certificate, which guarantees and accredits that the insulating panels have an optimum fire resistance. 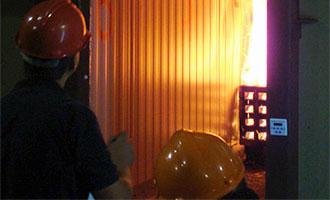 One of HUURRE’s greatest assets is its human team; a group of highly qualified and experienced professionals, who are proactive and focused on developing innovating and effective solutions to satisfy the needs of its clients.
The HUURRE team is without a doubt, its main differentiating factor and is the main reason for its leading brand position. 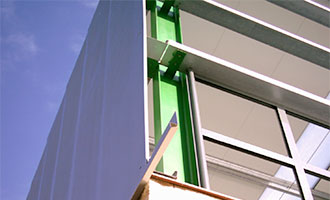 As a result of the large investment to develop new products and following the synergies created with the other companies within the group, HUURRE’s current catalogue features the widest range of solutions for the industrial and construction sectors: cutting edge insulating panels, high performance structural enclosures, lightweight structures for façades, industrial belts, etc.

Thanks to its acquired know-how, HUURRE has worked on European research projects on insulating panels, such as for example the EASIE (FP7) project, and it also played an active role in compiling the European standard EN-14509.
It is currently participating in the main forums for generating the know-how, and the research and development for this construction technology:

Member of COASHIQ (Autonomous Commission for Safety and Hygiene at Work for the Chemical and Related Industries).
Member of PPA (European Association for Panels and Profiles).
ABOUT HUURRE